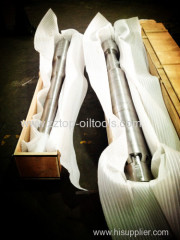 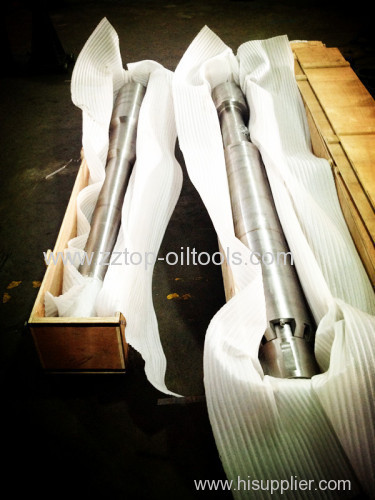 Typically, the nitrogen charge chamber of the valve is charged with nitrogen to 1000 to 1500 psi. This charge is sufficient to cut 7/32 inch monoconductor cable, but it is not adequate to cut coiled tubing.  The valve can

be charged with nitrogen sufficient to cut coiled tubing, but this raises the required hold open pressure.  The tool is

hold open pressure varies with well conditions; however, it is roughly 2.5 times the nitrogen charge pressure.

All lines on the valve will hold 10000 psi, but a differential pressure between the control and balance line should not

exceed 3000 psi under normal circumstances (control line being higher).  This prevents the application of excessive

stress to the ball.  (10000 psi in the balance line with no control line pressure is within operational limits.)

Typically, the valve is run into the BOP where the valve controls the tubing area while the BOP pipe ram seals off the

The valve is controlled by three hydraulic lines, one to each of the following:

Generally, the balance line does not have pressure applied to it, therefore the floating check valve remains on seat.

However, the balance line can be used for additional closing force if required.  The nitrogen charge and spring force

charged to the appropriate pressure

The control line is pressurized to hold the ball valve open.  The pressure required can be determined by using Table A,

sufficient. There is little hydrostatic pressure and no requirement for cutting coiled tubing in most normal operations,

subsurface safety valve.  The chemical injection line is an independent line that is not affected by the ball valve being

In case of fire, the temperature on site over 210F, the fusible plug melt, control line loop cut off, the pressure in

Or if other unexpected happen need to close the well, just pull off the handle of emergency shut down valve, the

hydraulic oil will push safety valve piston forward up, the ball valve will be closed by spring, to prevent the well

Or when do coiled tubing testing, extra force need to be added to shut down safety valve ball valve, the loop 2 will in

There are other option's operation for such system depended on the purpose of testing. 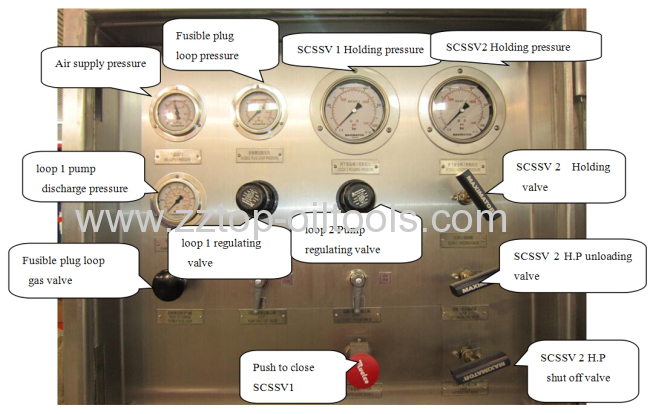