performance; it is specially suitable for Perforating operation of ultra-high temperature well.

The penetration perforating charge is consisted of three parts, , the explosive, the shell and body. The explosive provides

the energy needed by the explosion; the shell forms jet flow under the explosion shock to complete the perforation and

Specification of the TCP shaped charge 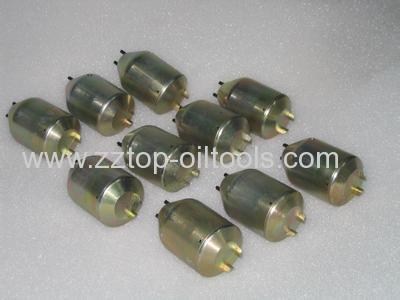